Is Gong Yoga for You?

Some people have asked me how I decided to start using a gong in my practice and teaching. It started a few years ago when I felt compelled to go to one of Yoga Yoga’s New Year’s Day Gong Concerts. I thought it sounded interesting and I asked my daughter Shelly to go with me.

The large room at Yoga Yoga Westgate was packed. The employees at Yoga Yoga taped the wood floor of the majority of the room into rectangles the shape and size of a large yoga mat. Each person put their yoga mat and/or a blanket down in the space and waited for the event to start. There was an exciting buzz in the air as the “gong players” came in and sat down. They all looked heavenly and mystical, walking in with their flowing white garments and white turbans. We were led through some suggested exercises which required movement and breathing, sometimes rather fast. After this, it was suggested we sit up in a meditative posture or lie down. I chose to lie down.

Once the gongs began, I was hooked. The vibrational sounds enveloped my body and took me to places etherial and serene. I felt transformed and like I was being projected into another dimension. Some people have a more subtle experience, but the effect on me was profound. I knew I wanted to learn and experience more of this gong music they called “sound healing.”

Since January 1, 2016 (my first New Year’s Day gong concert) I’ve gone to every Gong Concert possible at Yoga Yoga. I have also gone to many Kundalini Yoga classes in which they use the gong at the end of the class for meditation or relaxation. My favorite class is Sunday, 10:30 am at Yoga Yoga on 360 taught by Mehtab Benton a former student of Yogi Bhajan, Master of Kundalini Yoga and the Gong.

My daughter Shelly and I recently attended a retreat in Costa Rica with Mehtab and became Gong Practitioners ourselves. I will talk more about this experience in another blog.

Meanwhile, if you would like to experience the sound healing possibilities of the gong, check out a gong concert or gong sound bath in your area. Contact me if you would like to attend one of my classes where I usually play the gong during meditation or relaxation. I welcome your suggestions or comments.

This site uses Akismet to reduce spam. Learn how your comment data is processed. 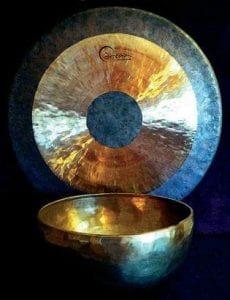 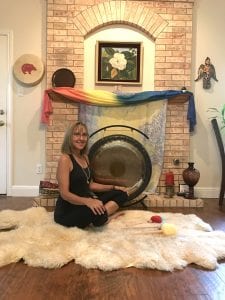 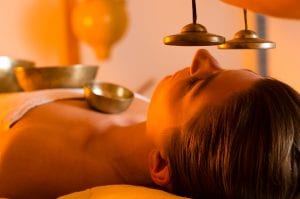 What is Sound Therapy?

Recently I attended a workshop to learn how to use Himalayan Singing Bowls for Sound Therapy. Everitt Allan with Sound Therapy of Austin led the

If you share your email below, I’ll send you my latest blog posts,
and keep you up-to-date with upcoming workshops and events.

Receive 50% off your first sound therapy or private yoga session.